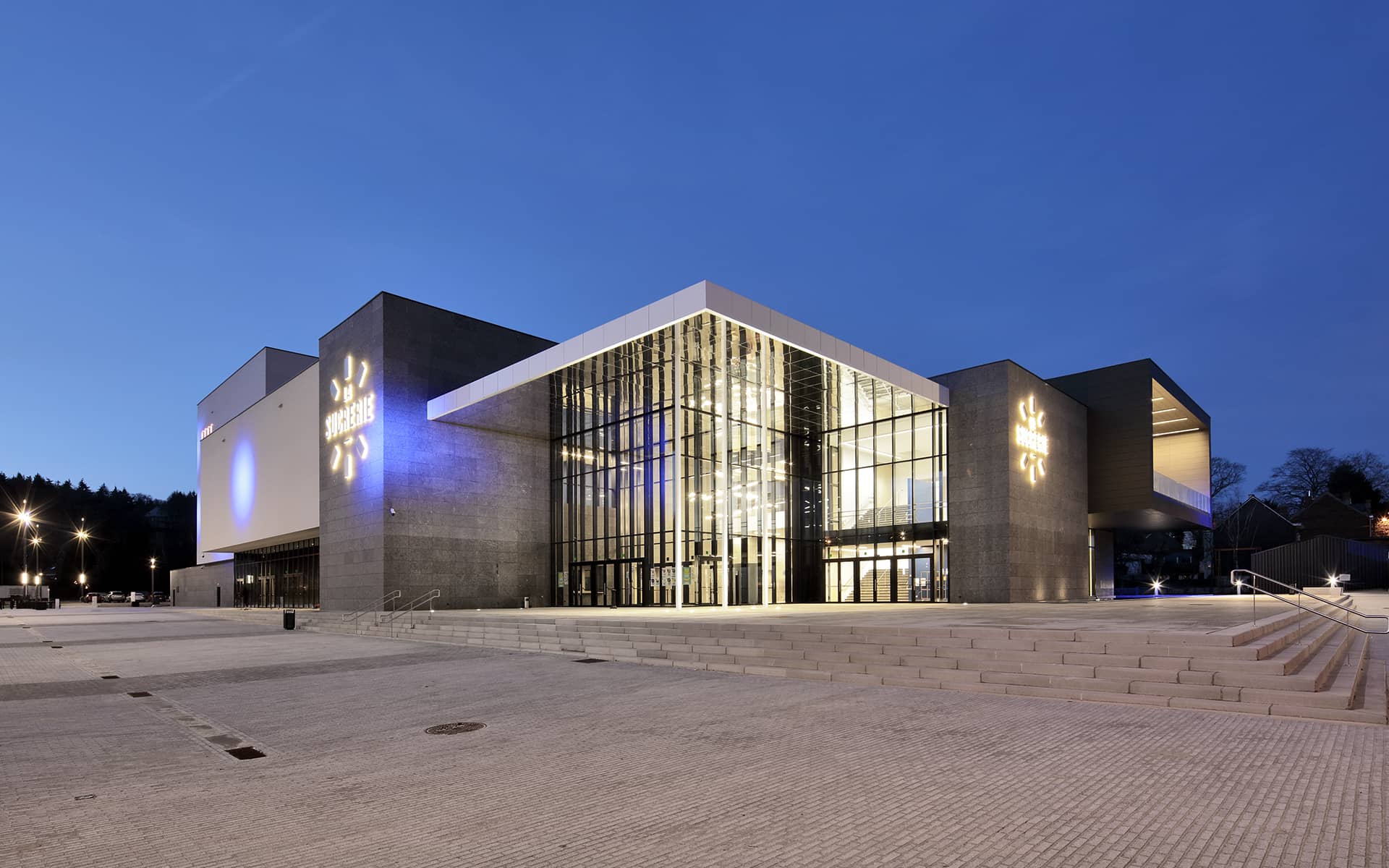 La Sucrerie is a vast multi-purpose event venue located on a former industrial site, in the heart of the City of Wavre. The contemporary building is a crossroads for all artistic fields and for business events.

La SUCRERIE is an open place. It brings people together. It speaks to everyone while taking each person’s tastes into account. It is open to companies to put Wavre on the map with business meetings, corporate events, forums, fairs and trade shows. It’s also an active place thanks to its associations, open to many cultural collaborations in fields including music, theatre, dance, song, and to exhibitions… all art forms in fact!

Anchored in the 21st century, this important project is the result of the City of Wavre’s dedication to rebuilding itself through a long-term metamorphosis.

The A.D.E Architects and Montois Partners Architects firms (the partnership which won the architecture competition) enabled the blossoming of the project by focusing on one of the customer’s main concerns, i.e., the versatility of the venue, which had to host shows, concerts, meetings, business events, and more.

This requirement was the backbone of the project. The idea of working with interlocking modules that fit together like a children’s game quickly became key to demonstrating the versatility of the venue, as well as to demonstrating its ability to grow, if necessary. The architecture, built around a set of cubes with several cantilevered sections and split levels provides a pure, contemporary aesthetic.

The multi-functionality of the building also required in-depth study of the visitor flows and the different types of users. Access had to be fluid and autonomous to all areas and at all hours, as some would be open while others were closed. The vast esplanade, also a potential open-air cultural space, is the entry point to the different spaces. It directs visitors to a glass façade overhung by a substantial canopy to which people naturally converge. The attraction is enhanced by the transparency of the façade which contrasts with the opacity of the other volumes and by the continuity of the bluestone facing, which is identical inside and out.

The large building consists of the following spaces:

Given this backdrop, selecting a passive building as a response to environmental problems and as a cost-effective alternative to traditional techniques was a requirement. However, there were no specific passive building standards for this type of building. This is because it had very specific requirements (volumetrics, non-stop use, air renewal requirements, etc.). However, all of these passive requirements were implemented in the building envelope and technical installations. It provides maximum savings while guaranteeing greater comfort than a conventional building of the same type.

The building’s design includes solutions for the building envelope and the high-performance technical systems. These two aspects, which are intended to reduce primary energy needs, allow for compliance with low-energy criteria. The concept is based on the maximum use of free energy: significant internal building inertia – free cooling air conditioning for 75% of the year – high-performance heat recovery systems, etc.).

The overall energy performance of LA SUCRERIE (i.e., its carefully studied envelope to reduce the building’s needs as much as possible and the maximum use of free energy) reduce primary energy consumption by 40% to 50% compared to a conventional building used for the same purpose. 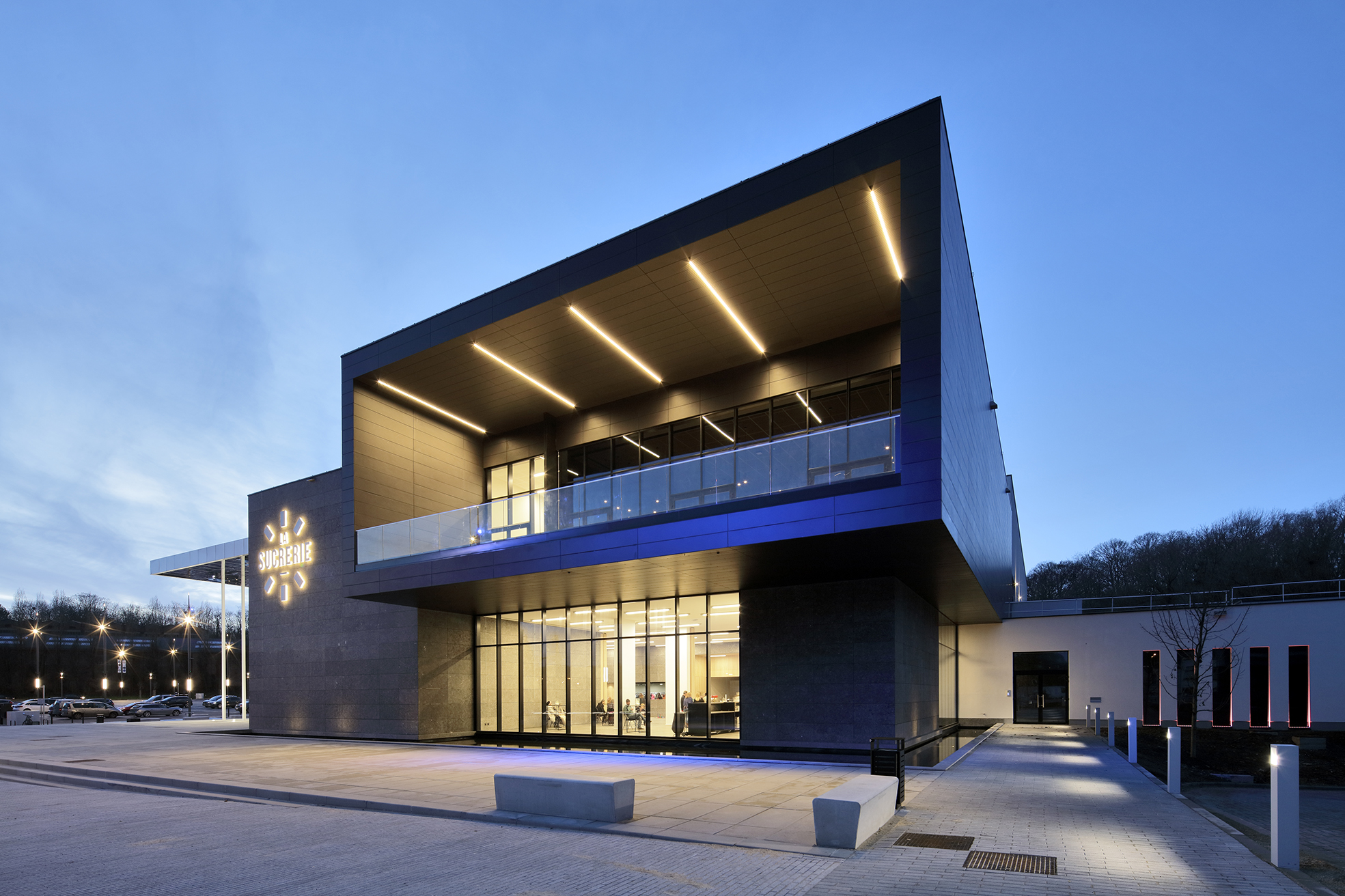 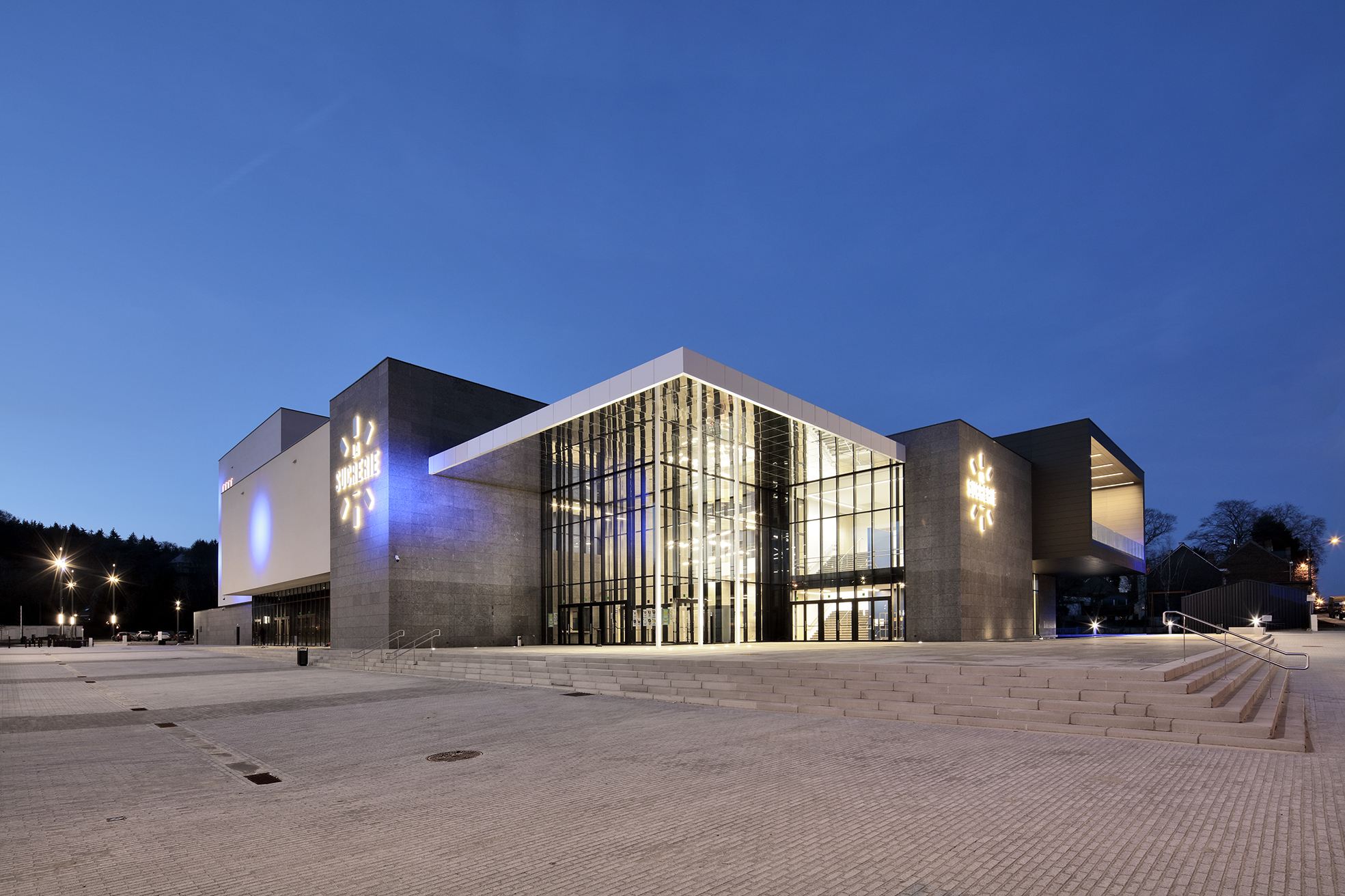 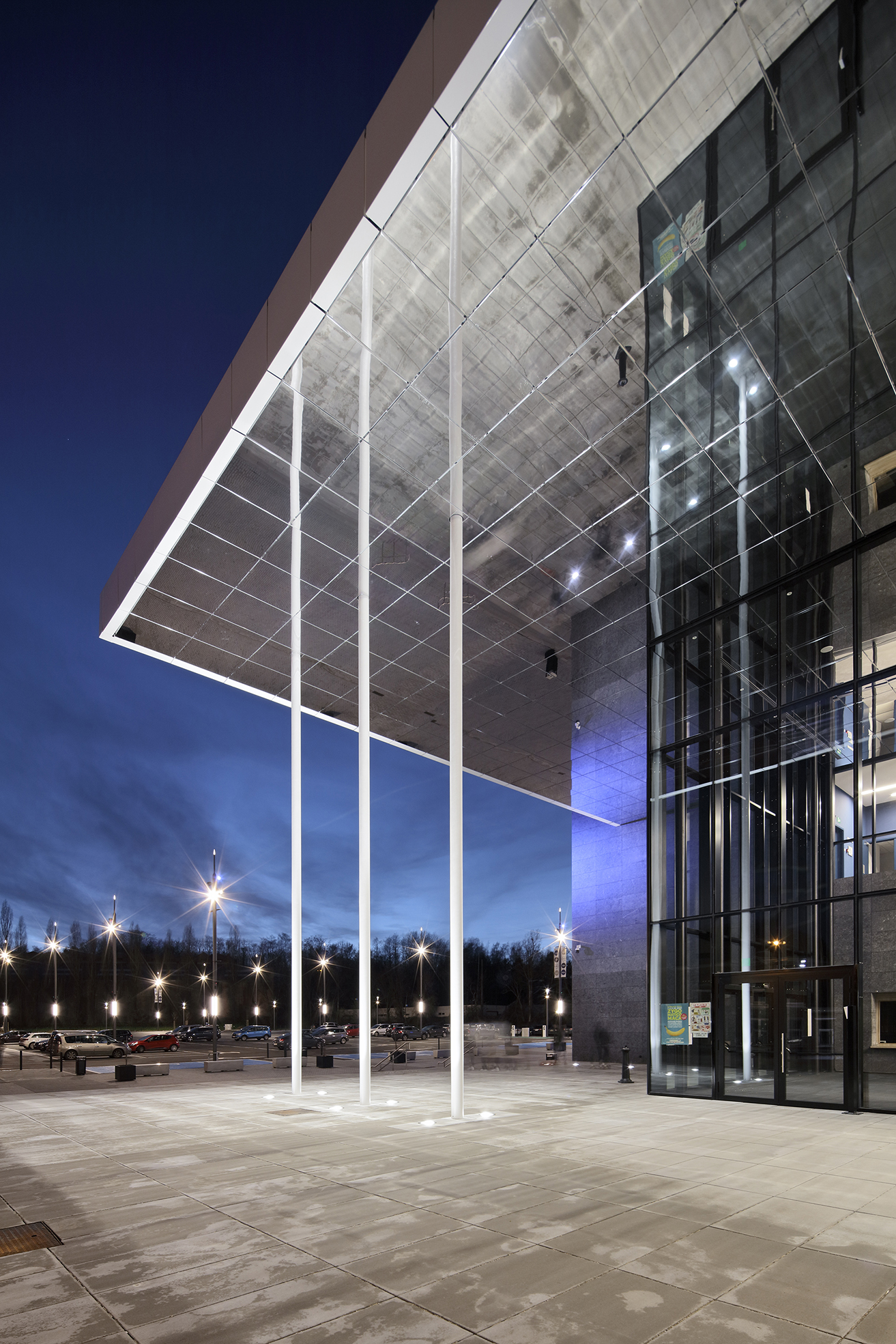 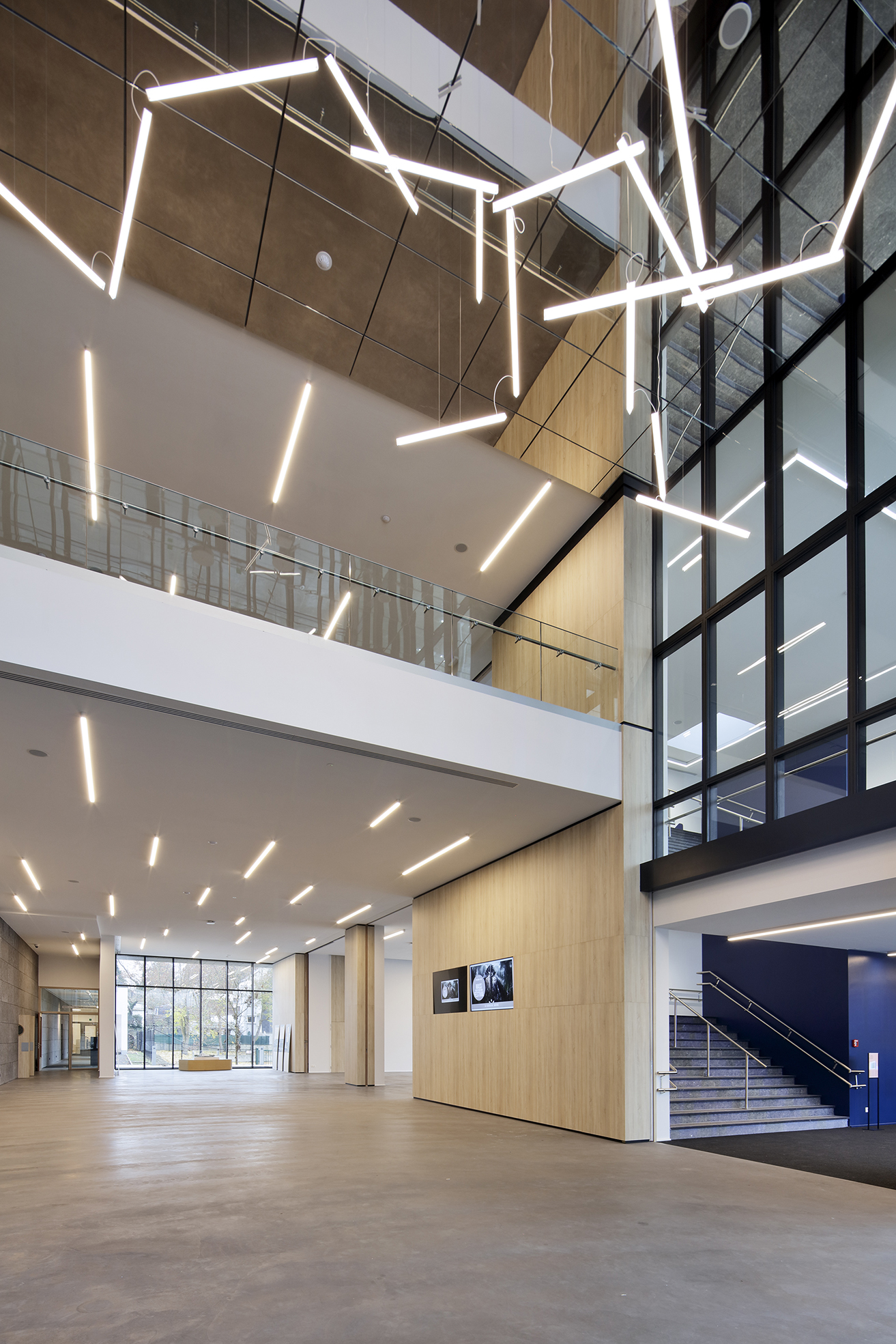 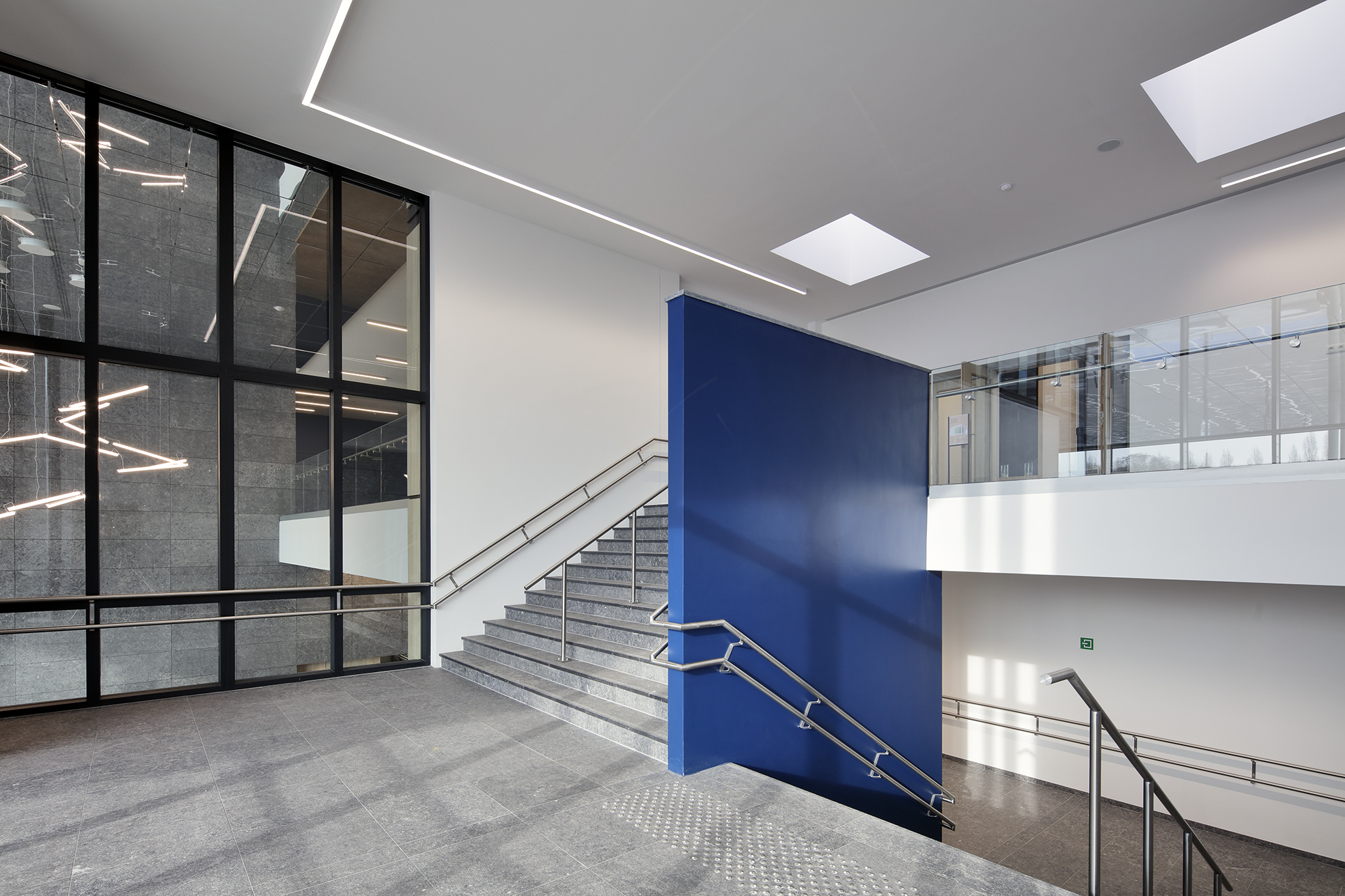 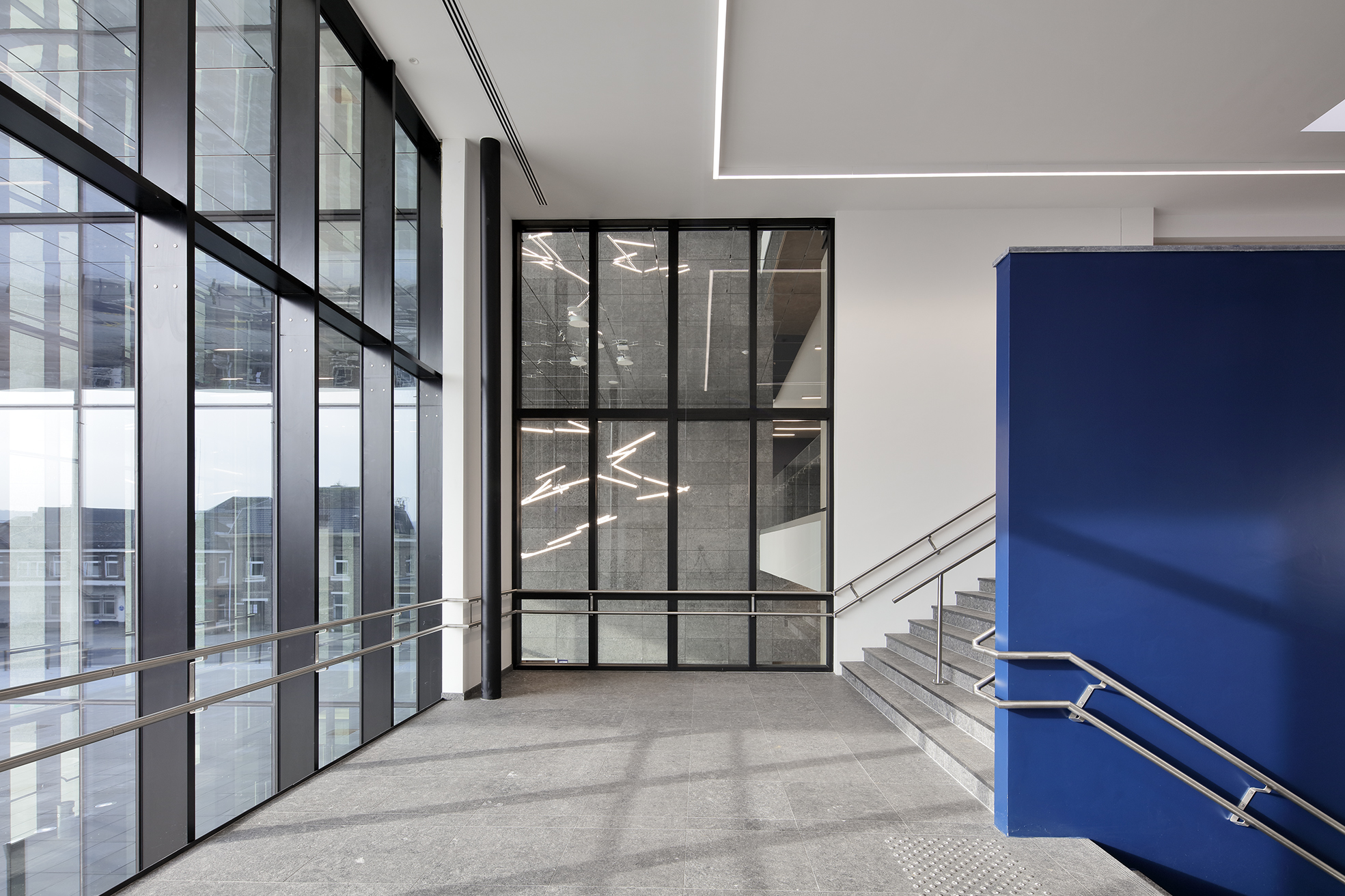 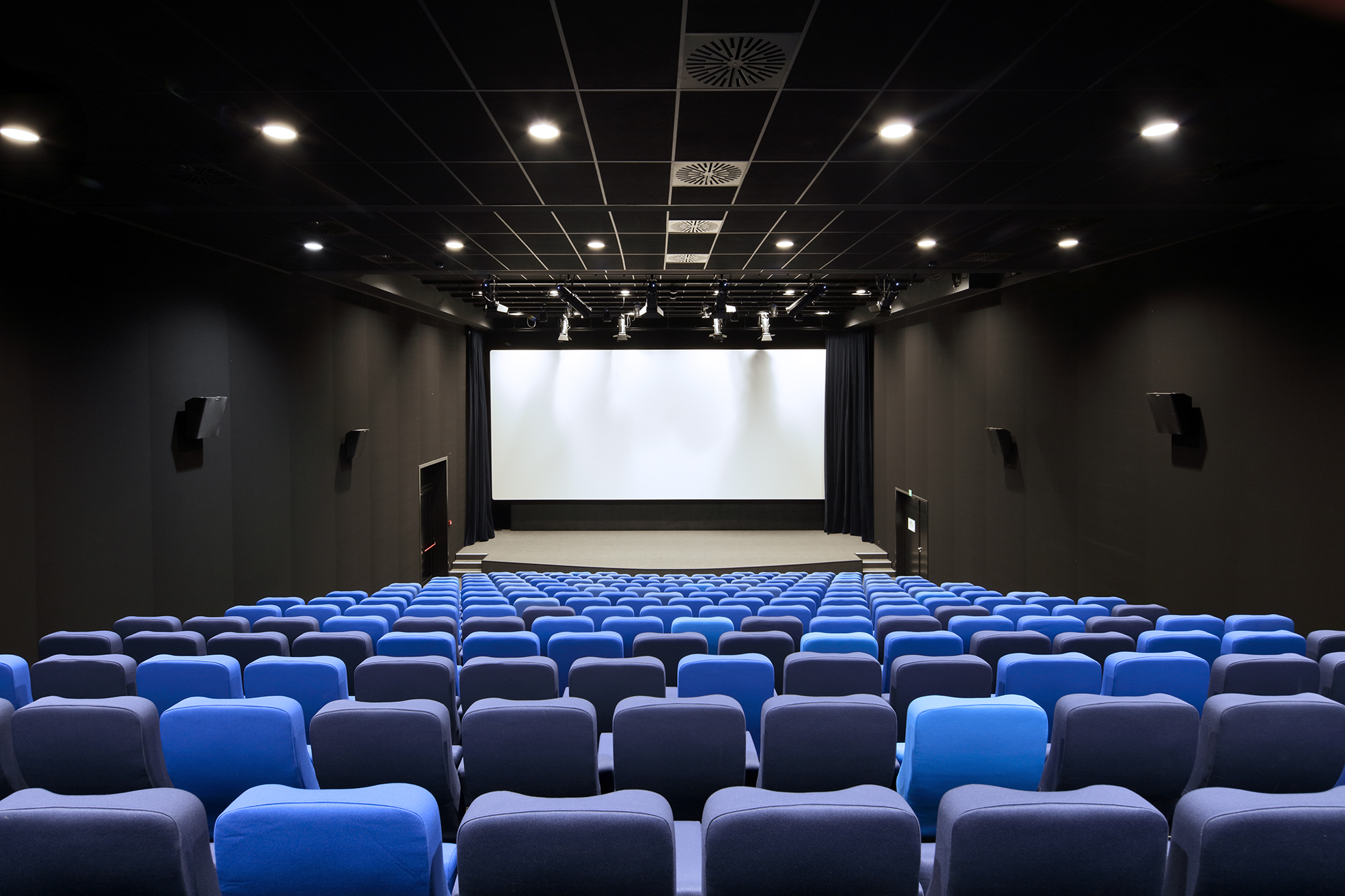 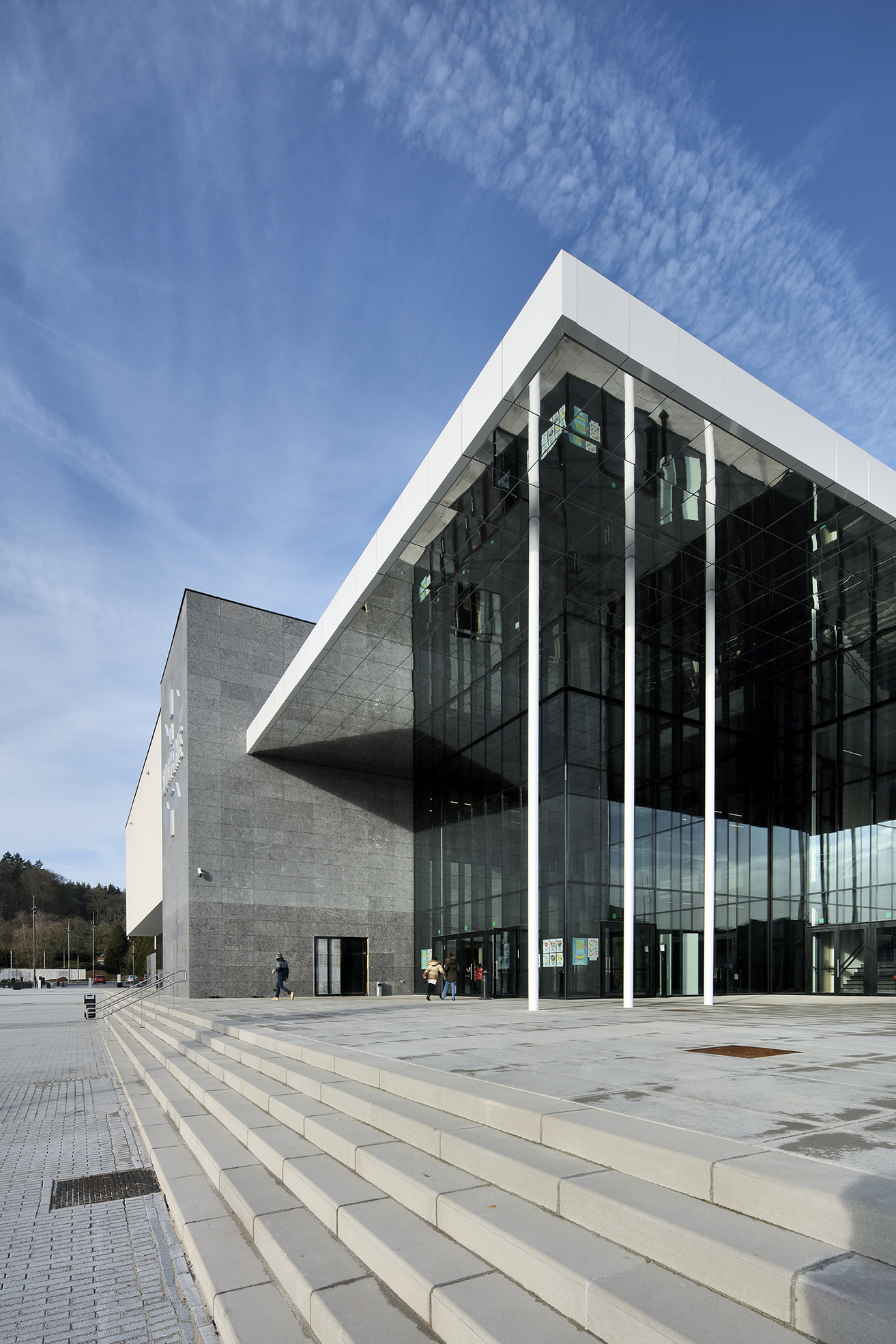 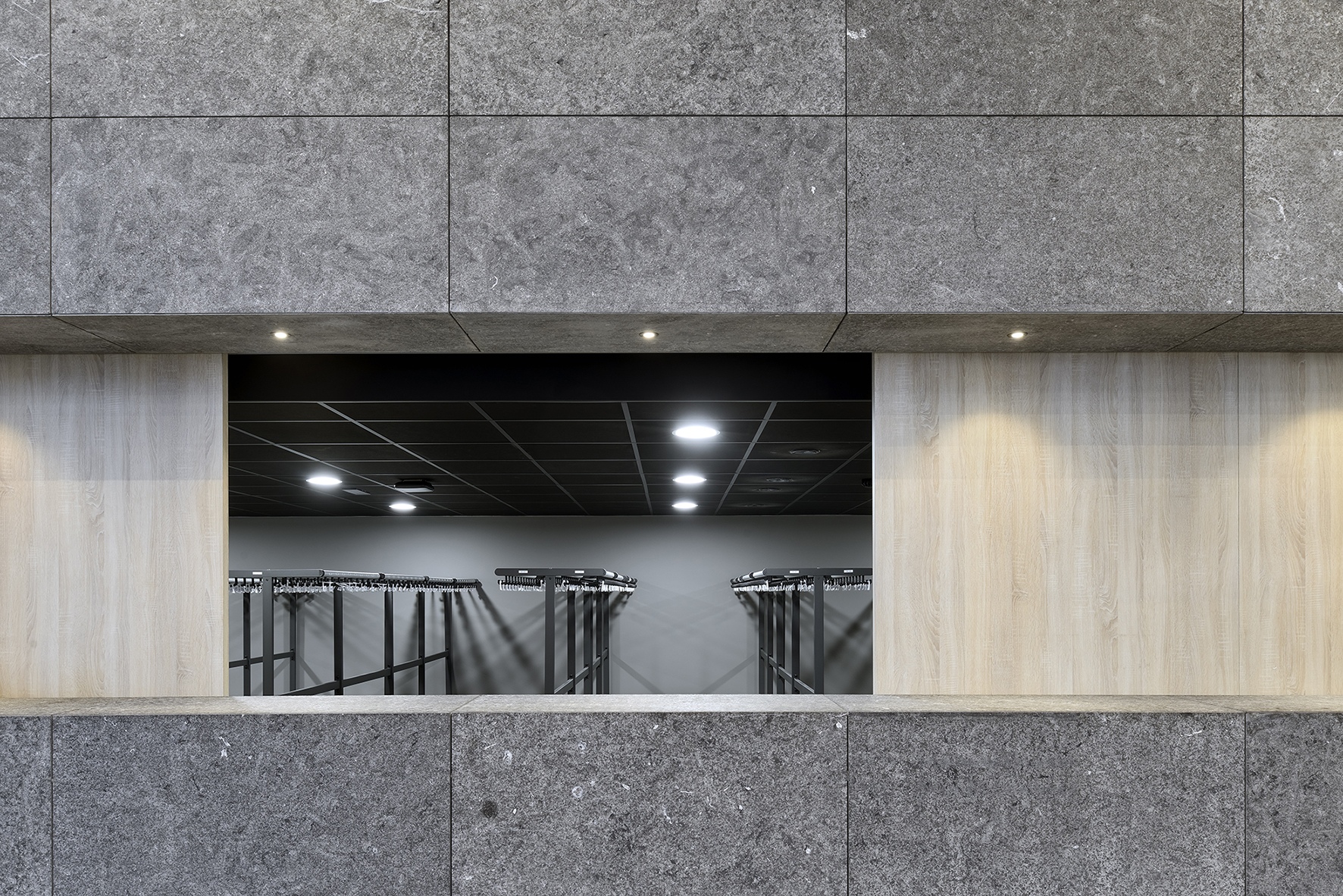 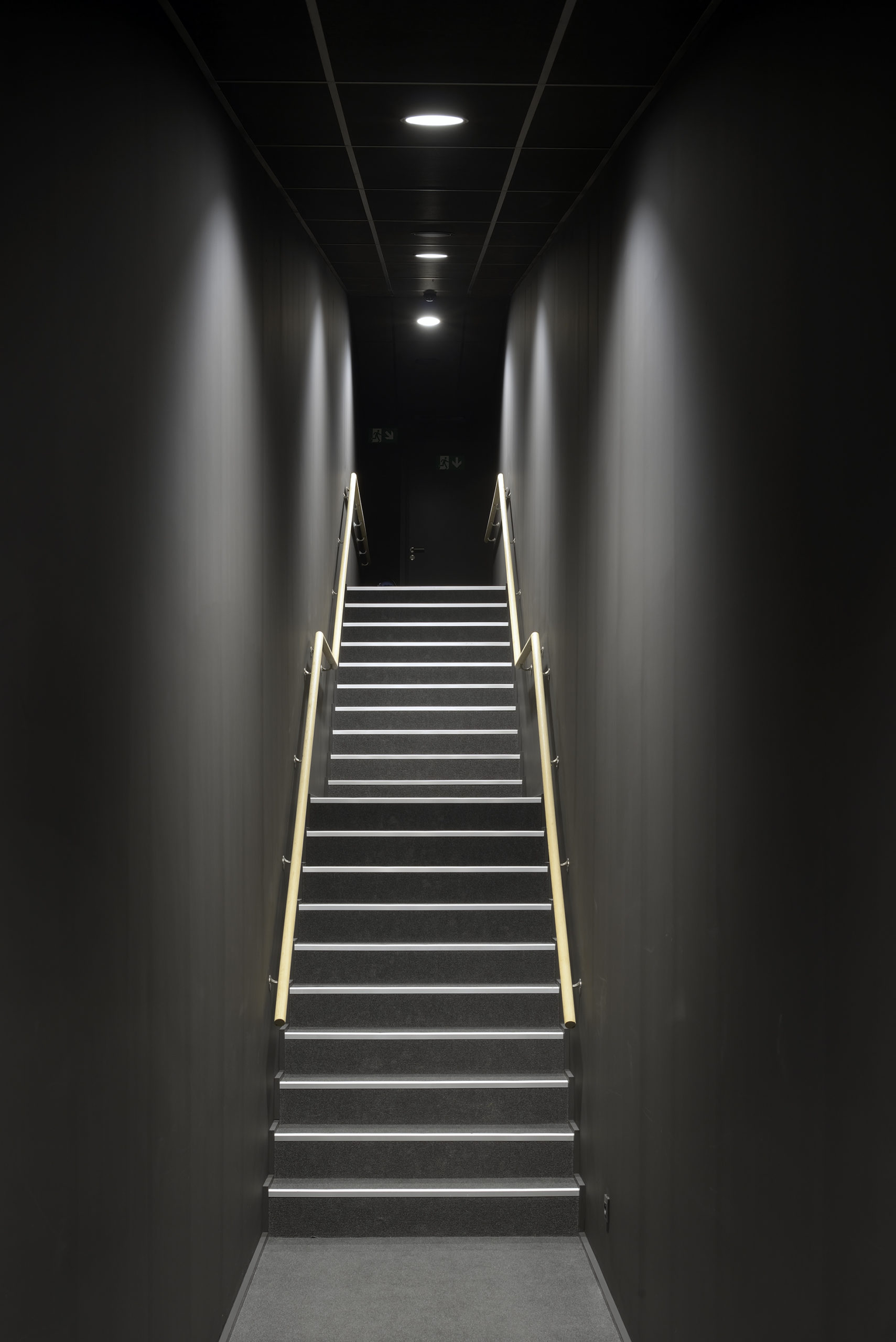 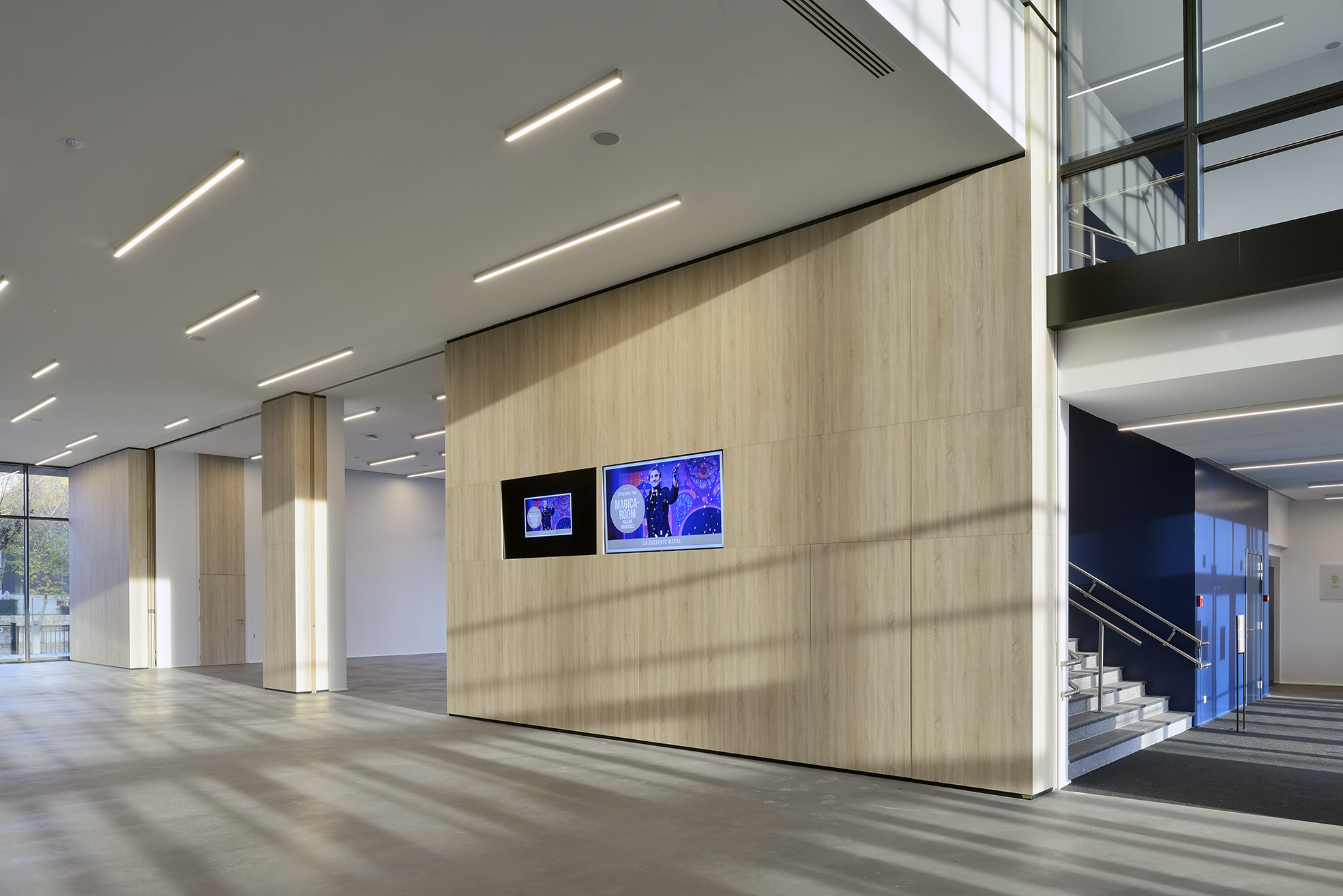