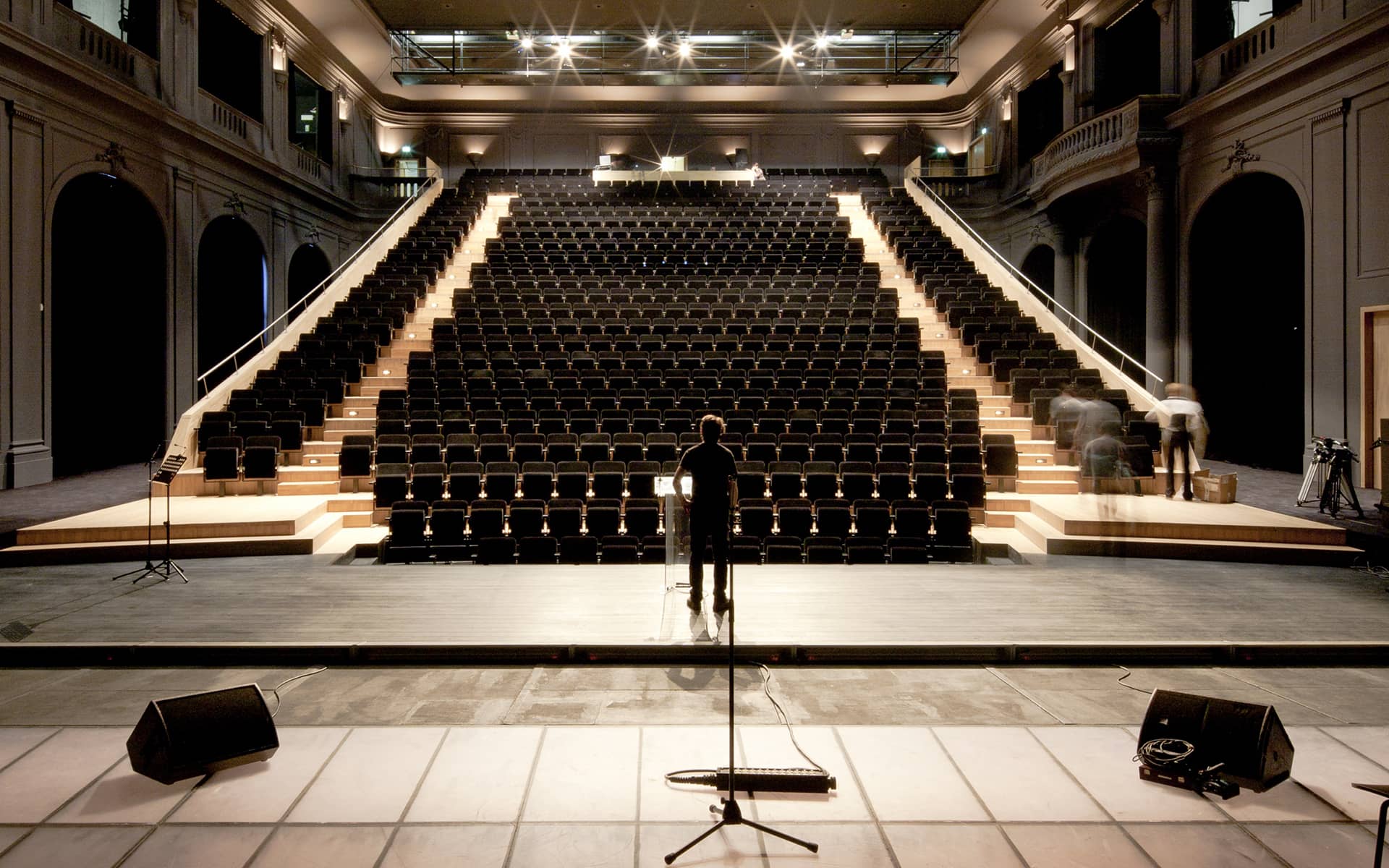 In addition, the venue is also called the Centre européen de création théâtrale et chorégraphique (European Centre for Theatre and Choreography Creation), given its role in productions and their diffusion to local, regional and international audiences.

The institution began to develop considerably after the arrival of Serge Rangoni at its head in 2004. It stages about forty performances every season, ten of which are new.

Together with the “seasonal” programme, the Théâtre de Liège brings the City of Liège to life every two years with the Émulation festival dedicated to young French-language Belgian companies, which bring freshness and (im)pertinence, and take over various locations in the city.

The Théâtre de Liège, located at the heart of the Meuse-Rhine Euroregion and the Grande Région, transcends borders thanks to its collaborations with prestigious international institutions like the Festival d’Avignon, the Théâtre National de la Colline and the Théâtre National de Chaillot in Paris, the theatres of the cities of Luxembourg, Maastricht and Hasselt, the National Theatre of Korea, and more.

Its active participation in many European projects strengthens its position on the international theatre scene alongside the majors: the Schaubühne in Berlin, the Croatian National Theatre in Zagreb, the Odéon-Théâtre de l’Europe in Paris, the Théâtre São Luiz in Lisbon, the Gothenburg City Theatre, the Onassis Foundation in Athens, etc.

The Théâtre de Liège handles the associate production of the shows of many artists of the Federation Wallonia-Brussels or provides support for their development (Anne-Cécile Vandalem, Selma Alaoui, Antoine Laubin, Ayelen Parolin, Claudio Bernardo, etc.).

A jewel of the City of Liège’s heritage

In 1779, the Prince-Bishop de Velbrück created the Société libre d’Émulation, whose vocation was to cultivate the arts, sciences and humanities.

L’Émulation – the building where this learned society used to meet – prospered through the years until 20 August 1914 when, due to German reprisals, the building was totally destroyed.

L’Émulation was rebuilt in 1939 by Julien Koenig, with a neoclassical design and using contemporary techniques. Sixty years later the building, left unoccupied, was in an advanced state of decay. Classified as a heritage building in 1998, it was placed on the list of monuments in peril. In 2000, it was decided to restore l’Émulation and to establish the Théâtre de Liège, which was “temporarily” located at Place de l’Yser.

The Liège architects Pierre Hebbelinck and Pierre de Wit were in charge of the building’s conversion, and it was inaugurated in October 2013.

Favouring wood, concrete and glass, the Théâtre de Liège consists of a total area of 7,800 m2 and combines neoclassicism and contemporary design. Columns, mouldings and gilding sit alongside Vitra furniture by Jean Prouvé, the famous French designer, to create a pared down and warm atmosphere.

The architecture is punctuated with a textual statement from the Liège-based visual artist-performer Patrick Corillon whose magic words animate the entire building.

Equipped with two stages, an art gallery as well as a rehearsal studio, the Théâtre de Liège also provides welcoming communal spaces for its audiences.

These spaces, places where the public can go to relax and enjoy themselves, are also perfectly suited to all kinds of receptions, events and private evening parties. 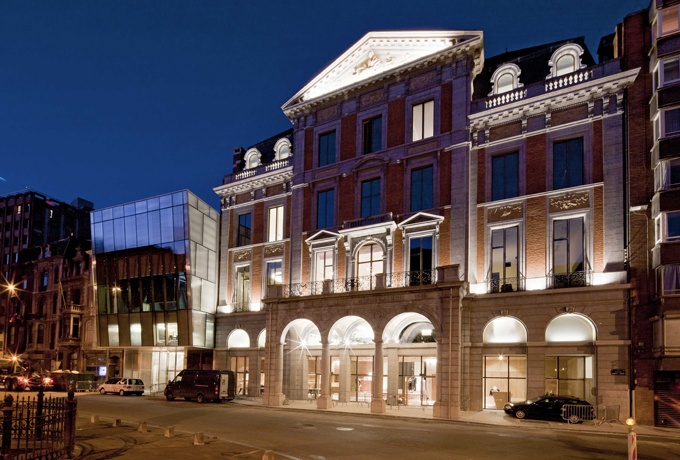 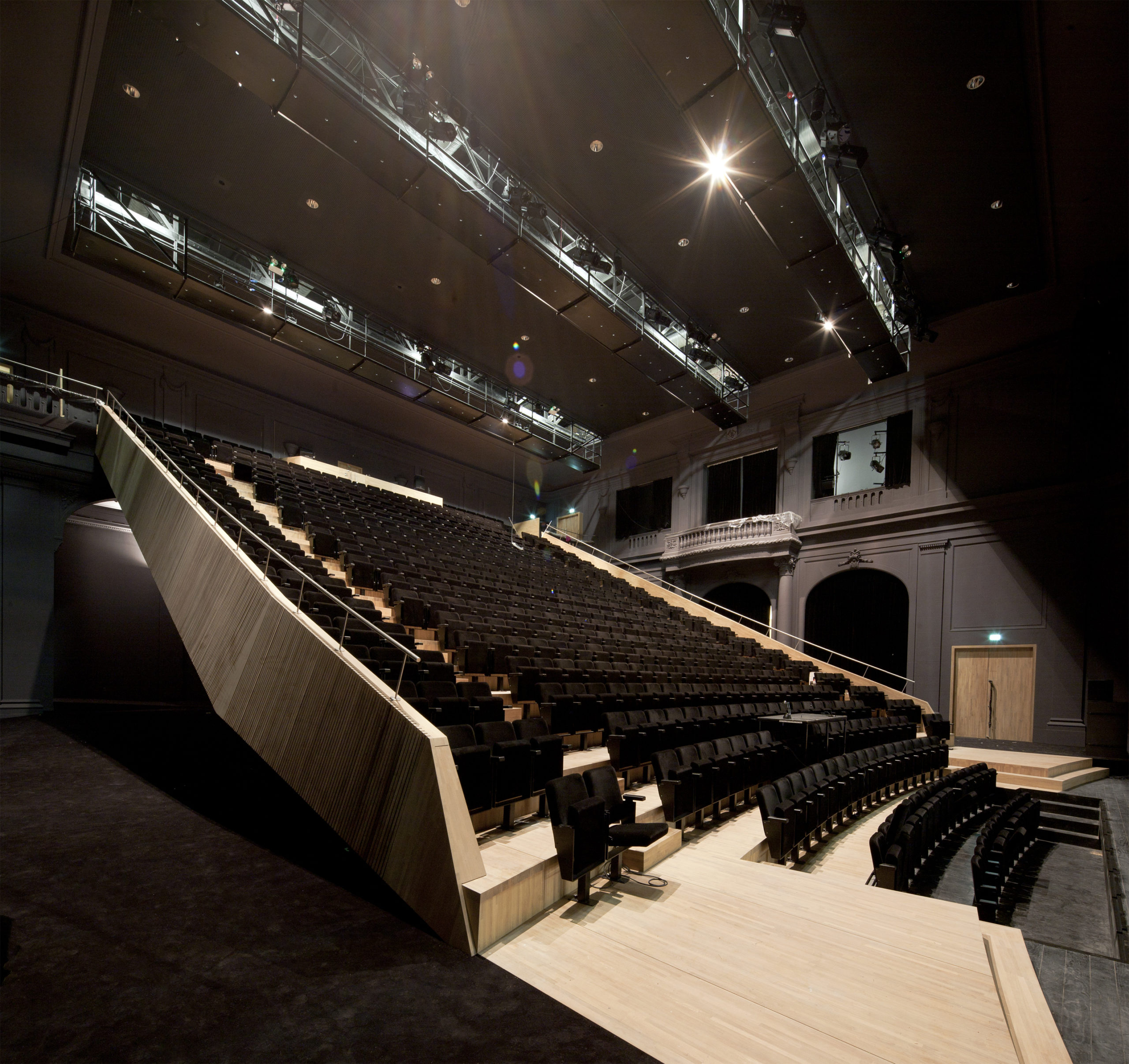 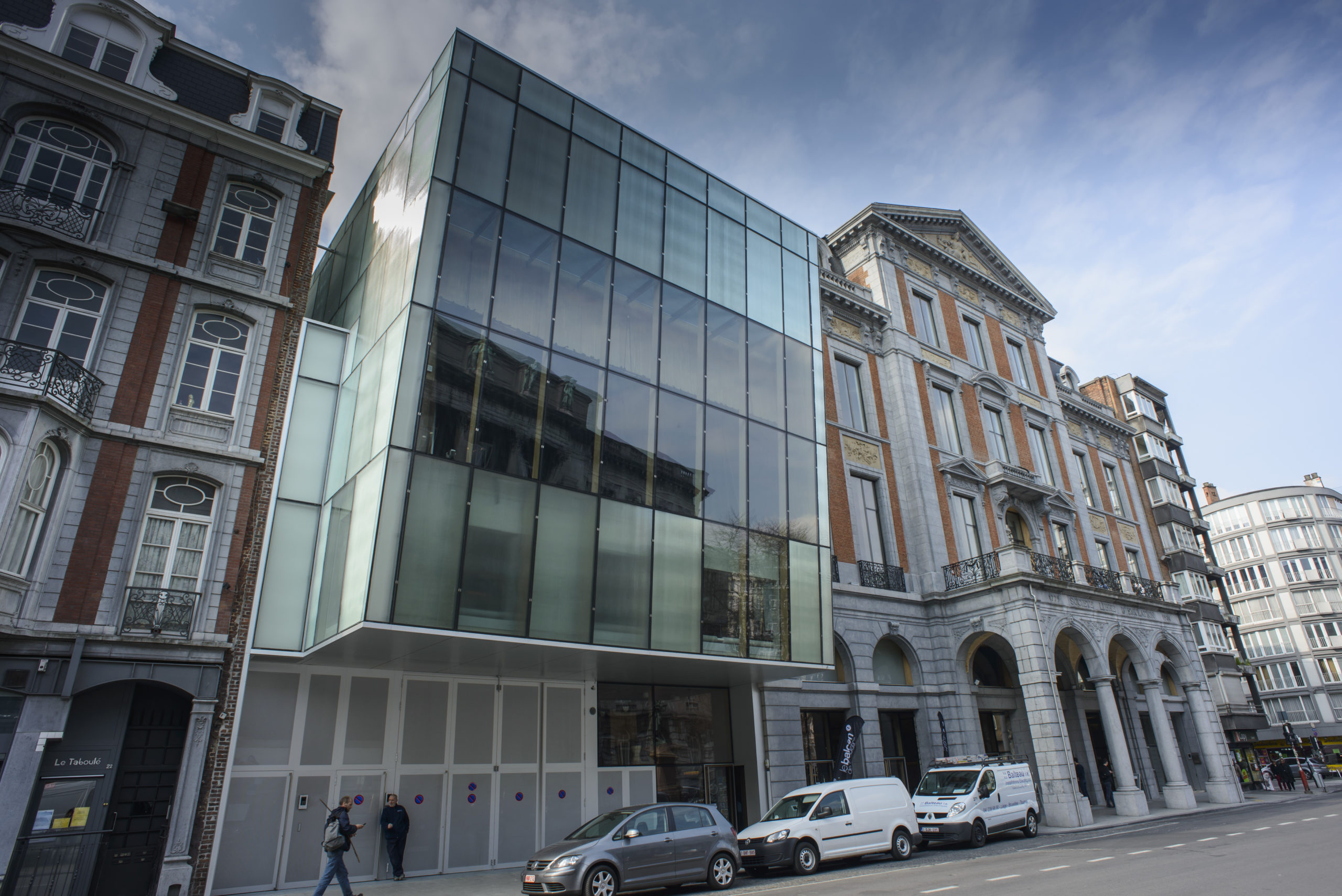 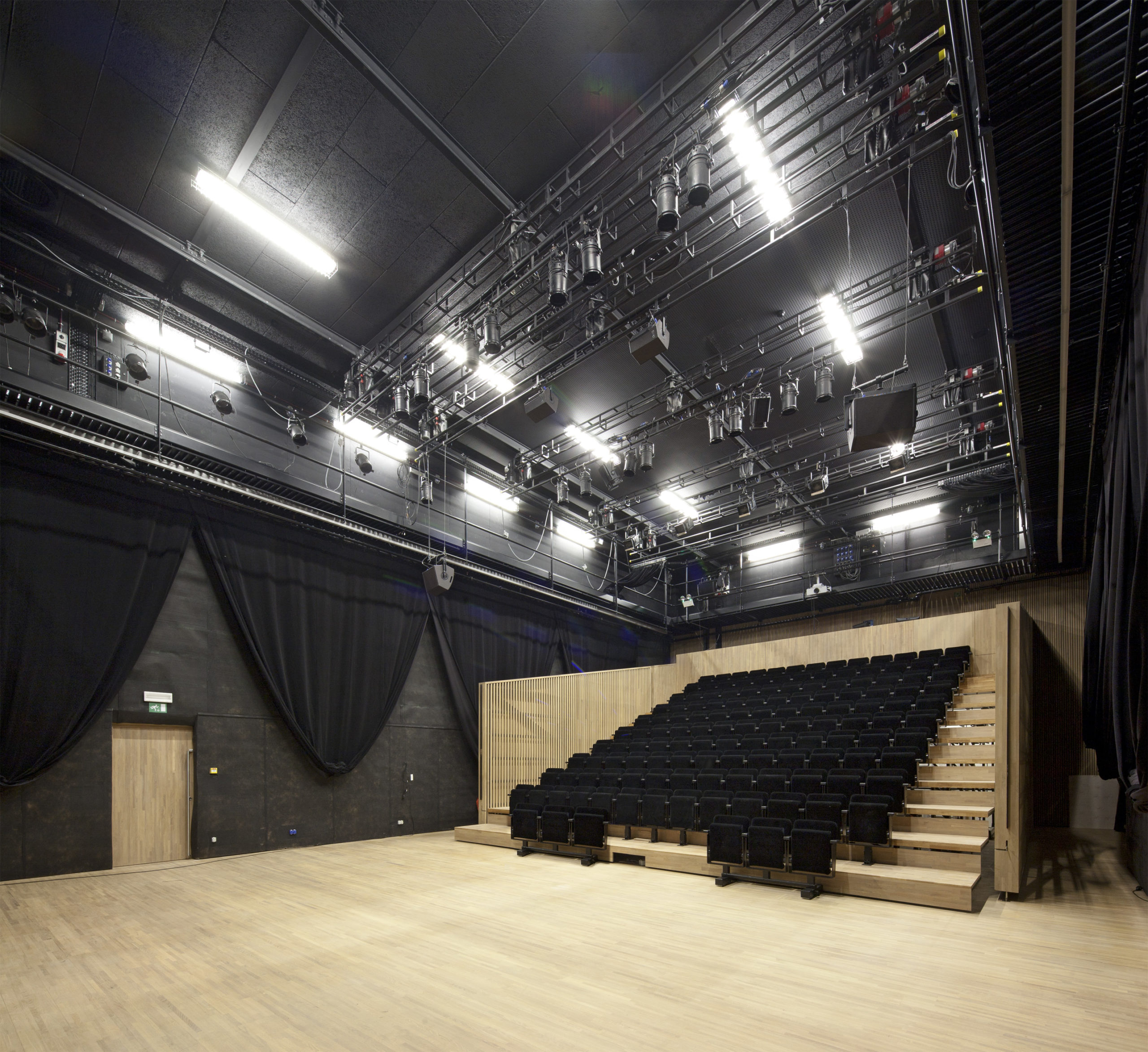 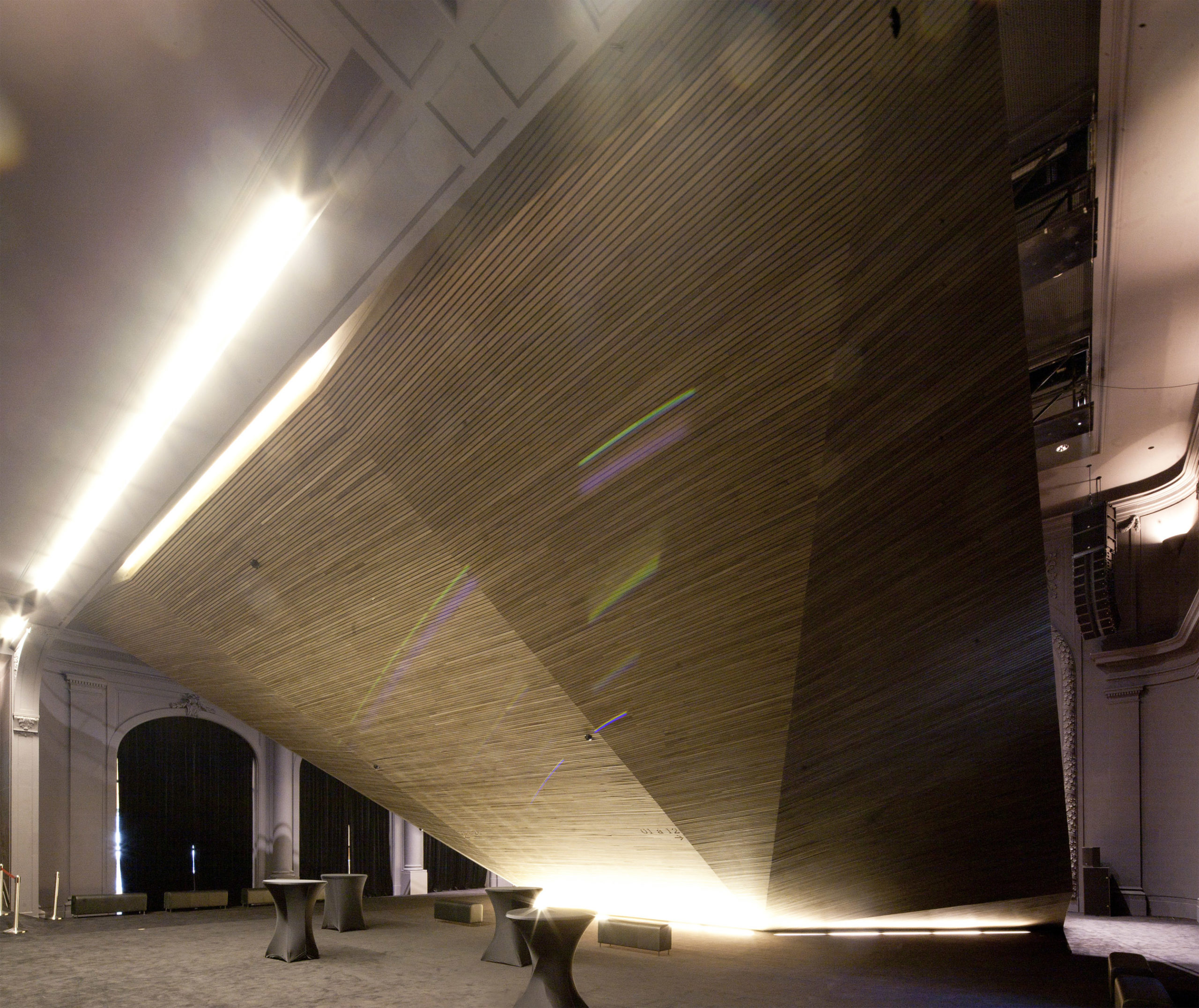 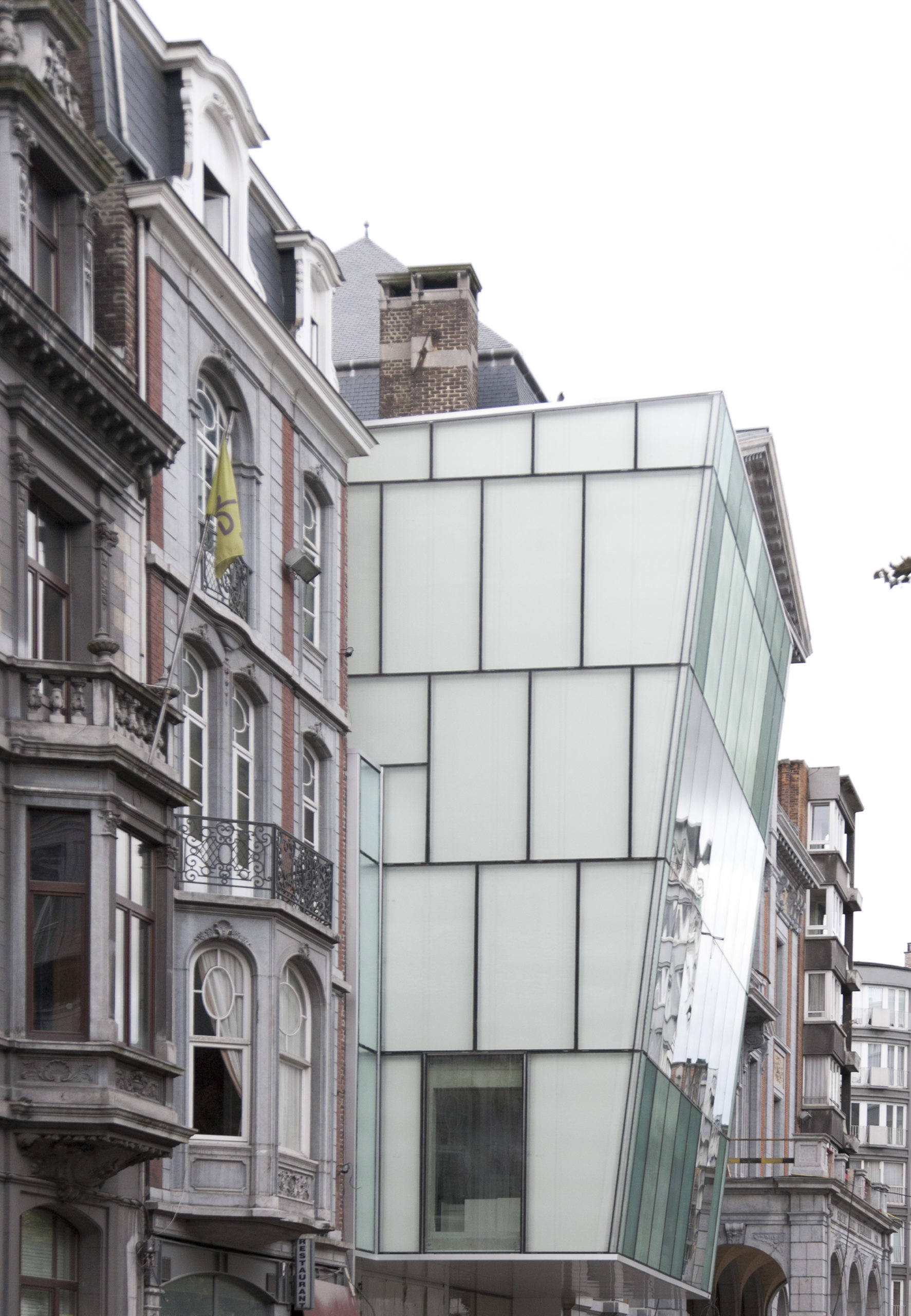 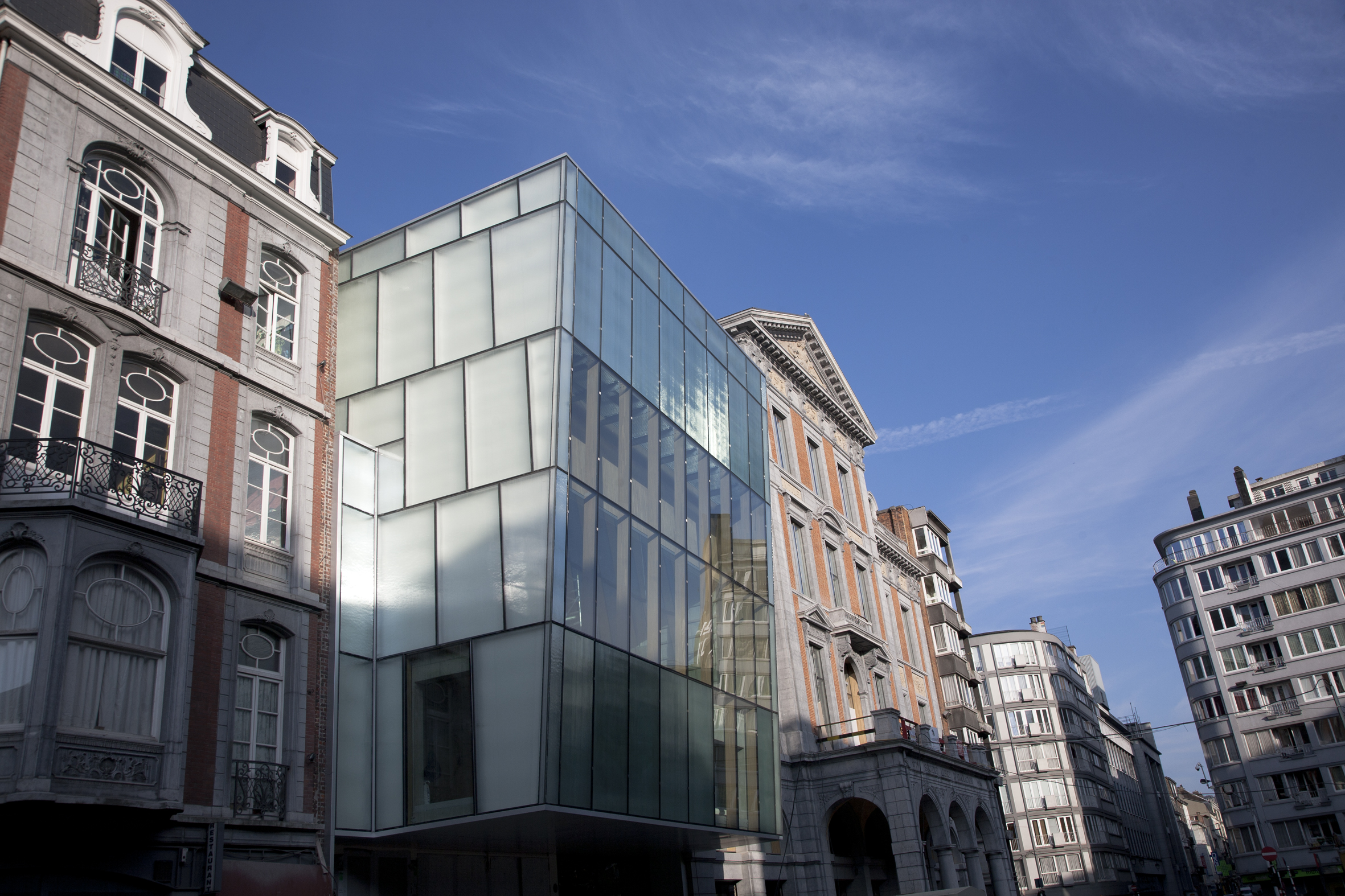 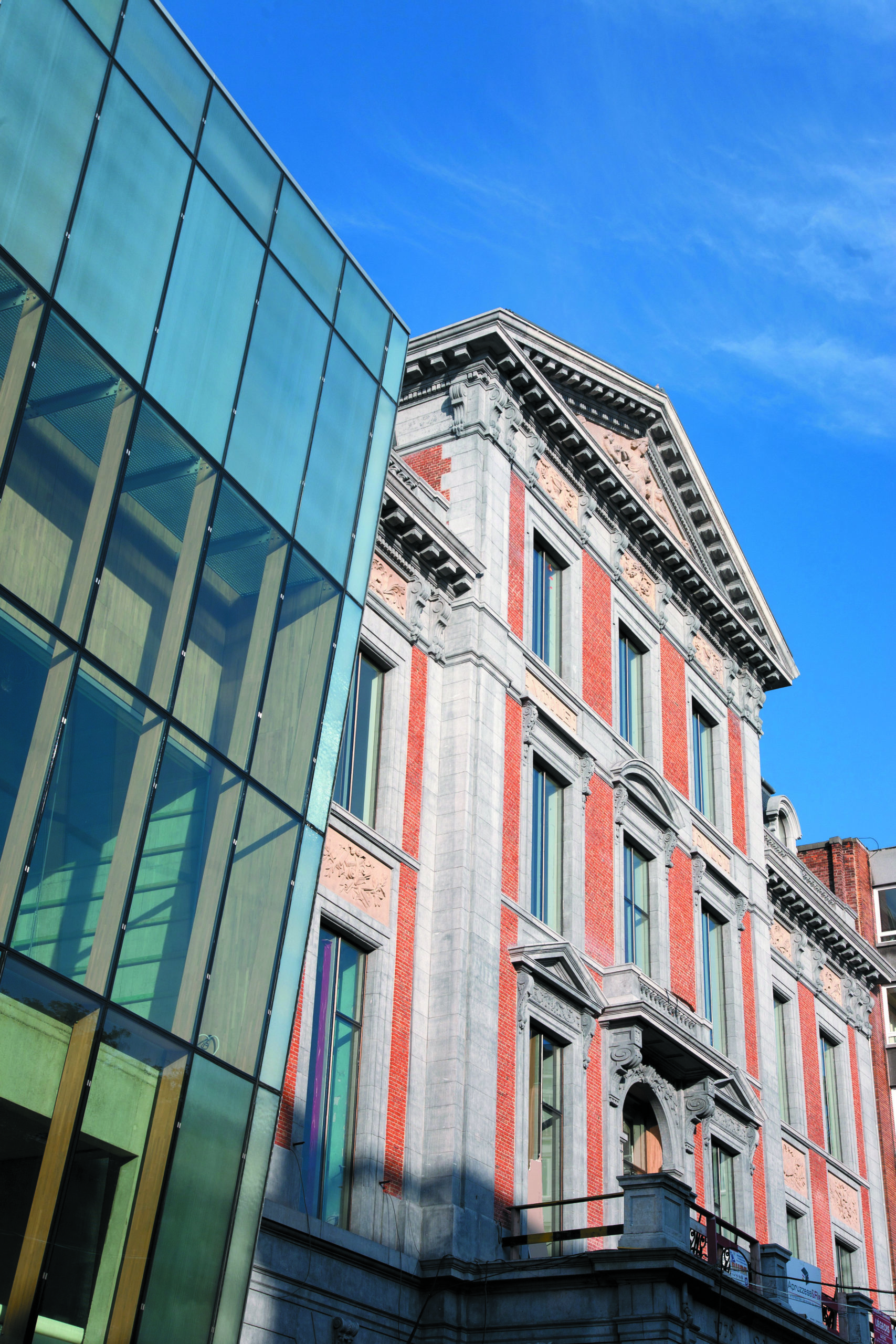 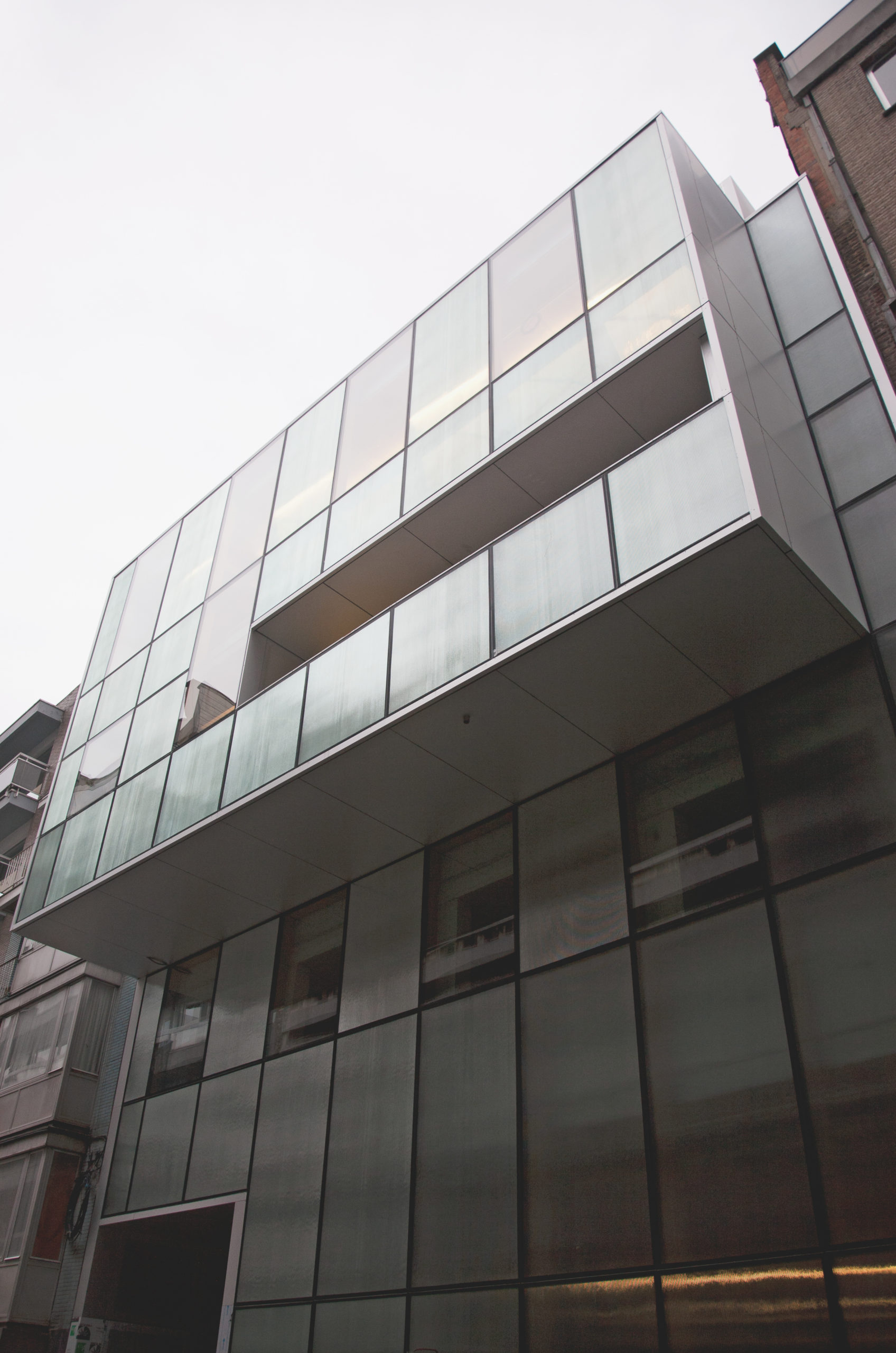 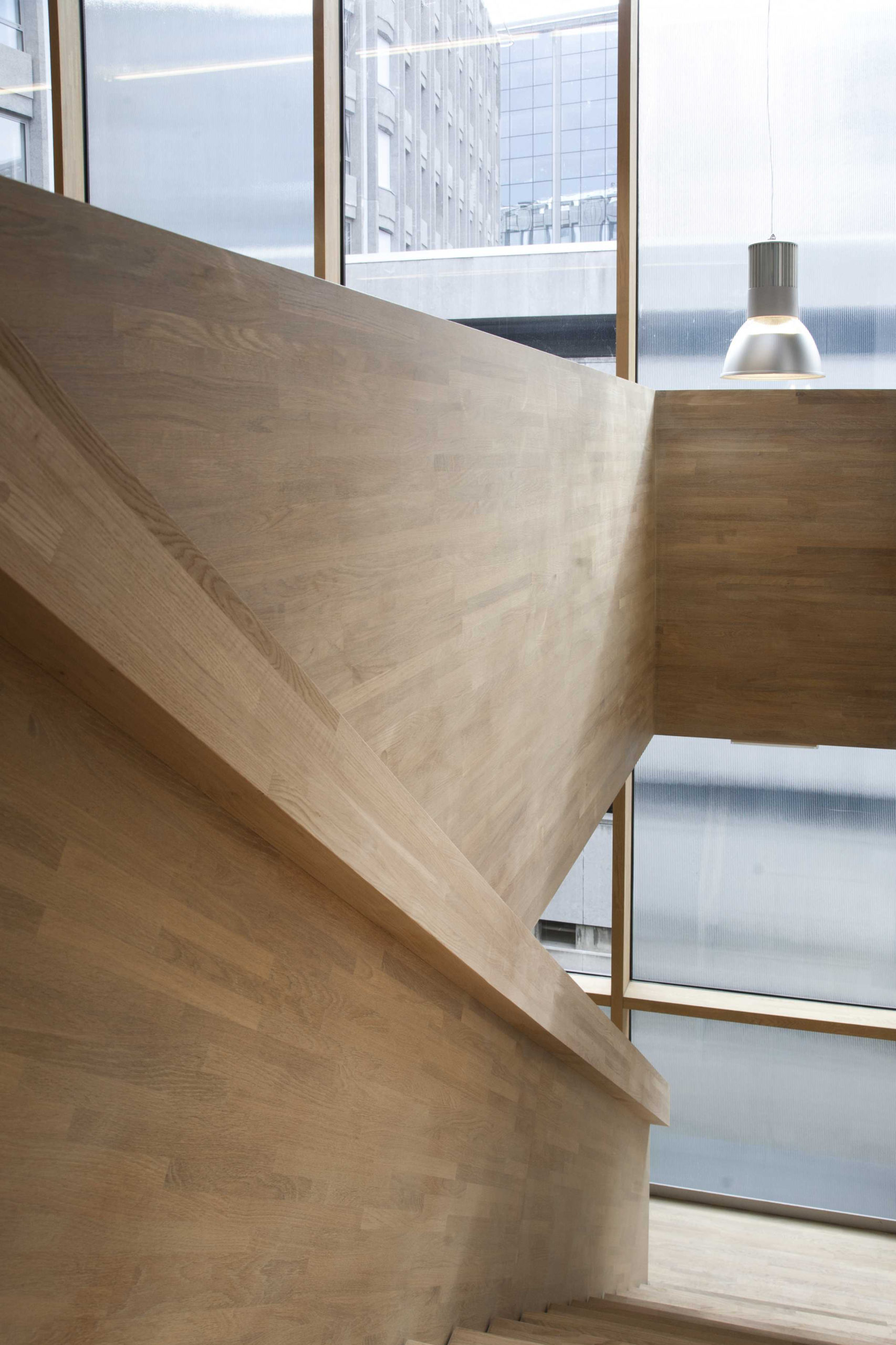