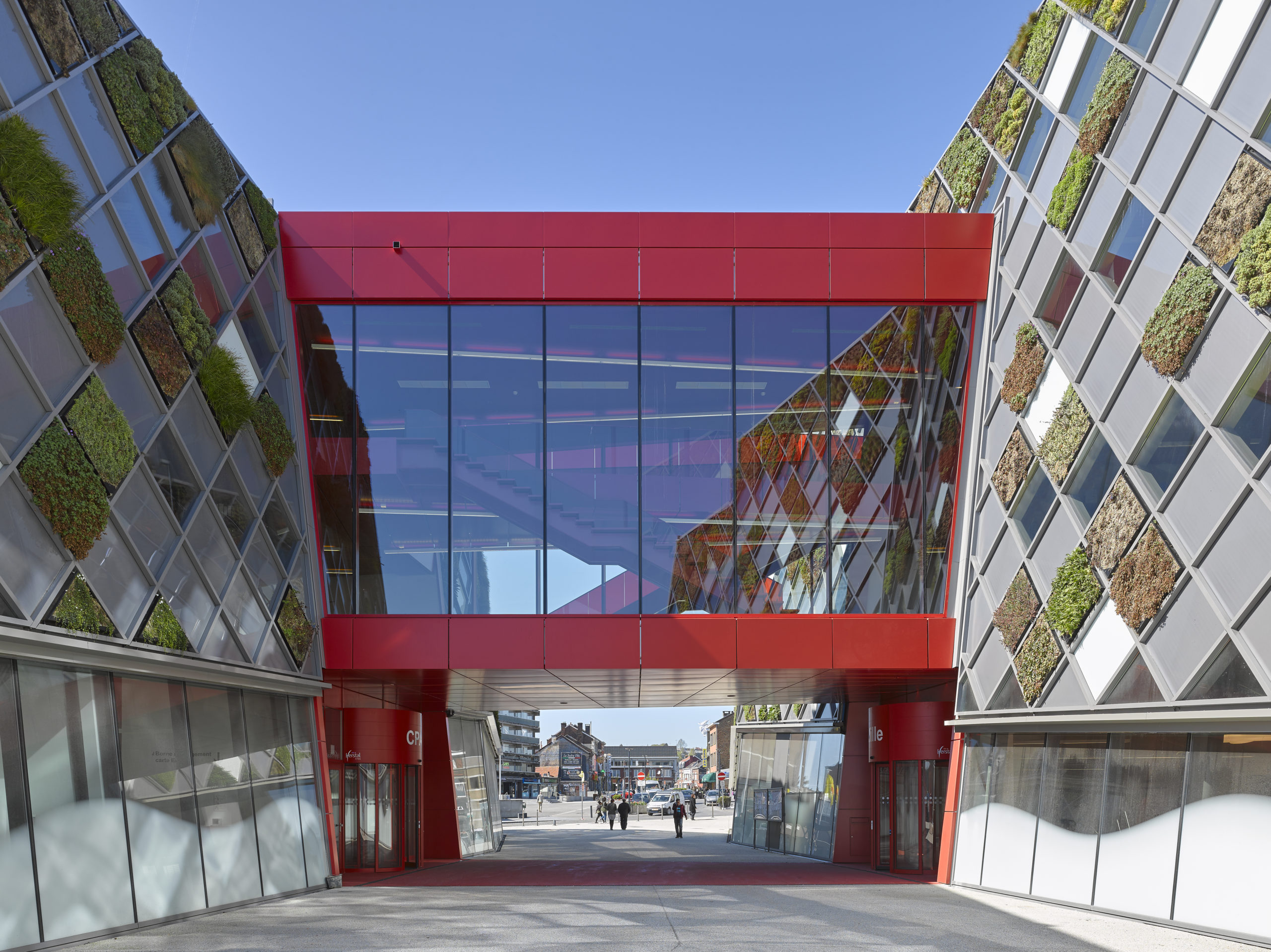 This is one of the iconic projects of the City of Herstal’s urban renewal. Everyone has an opinion about the new administrative centre, inaugurated in September 2015, with its vegetal façade, angular design and two distinct areas connected by a walkway.

The most striking thing about the building is that it has virtually no right angles. The façades are all sloped, which means that the stability calculations had to be extremely precise. The building is very low energy and virtually airtight. It relies on a high-performance ventilation system, all the more so because it isn’t air conditioned. The project is intended to reflect the approach promoted by the administration, i.e., continuous development, efficiency, transparency and innovation. 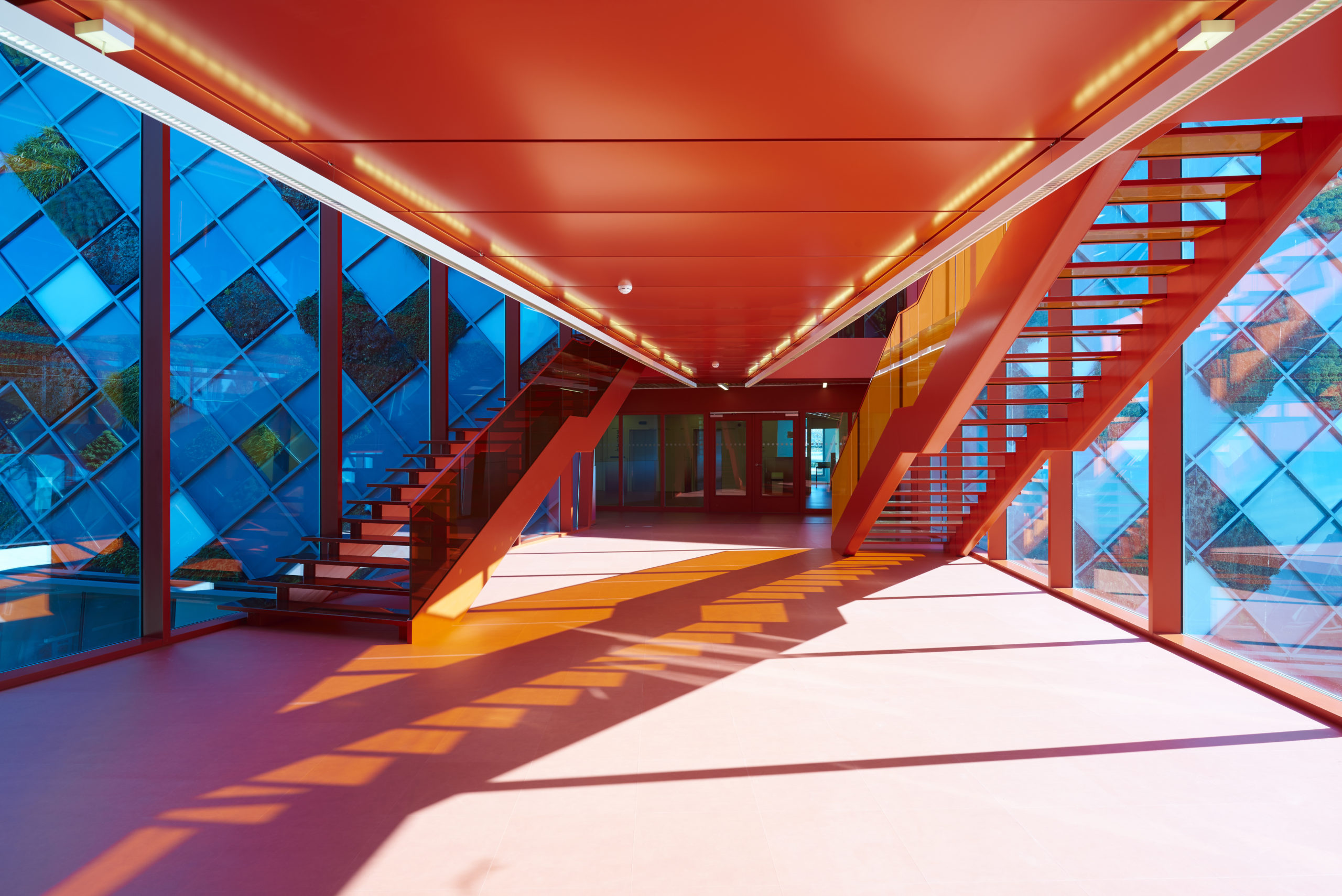 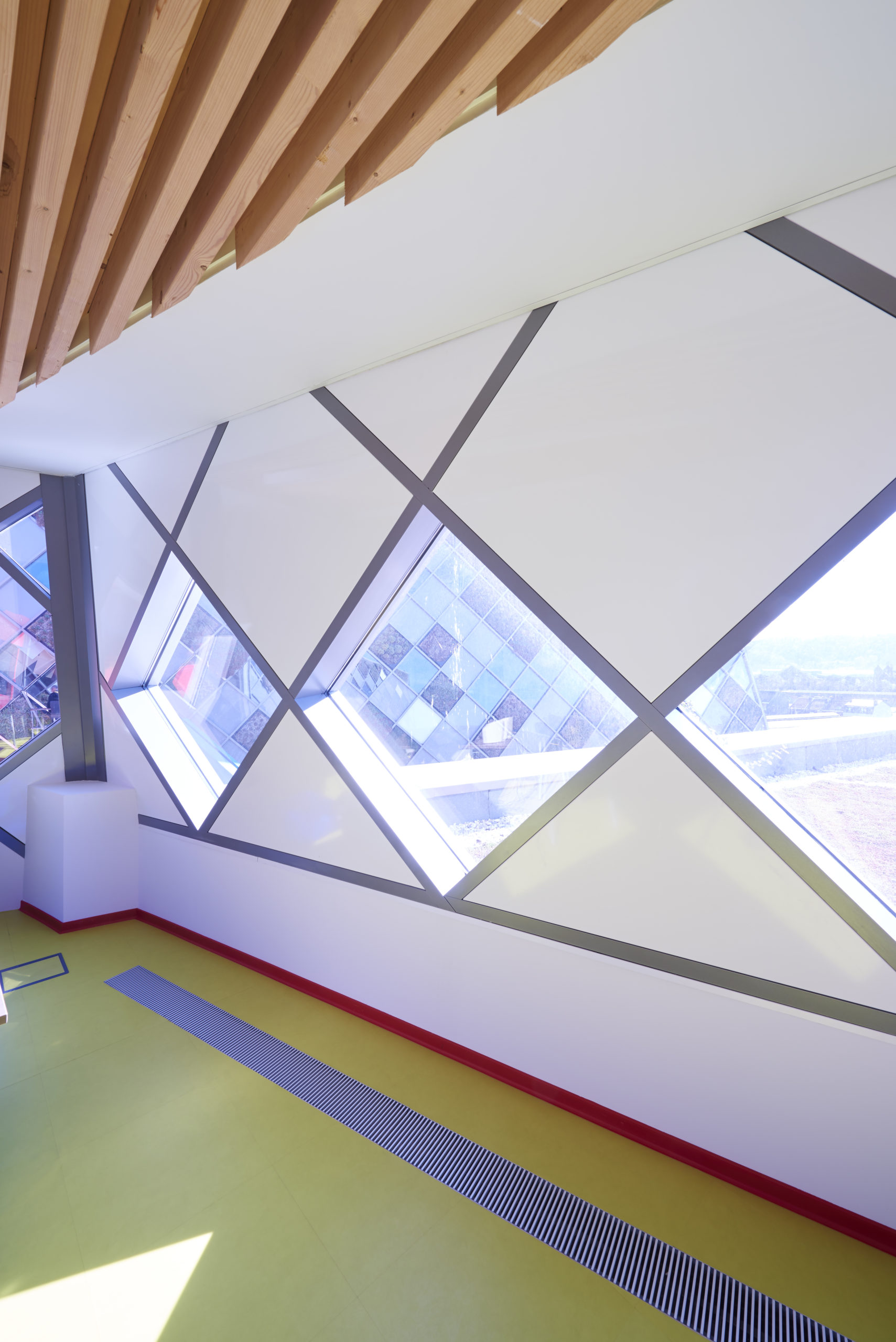 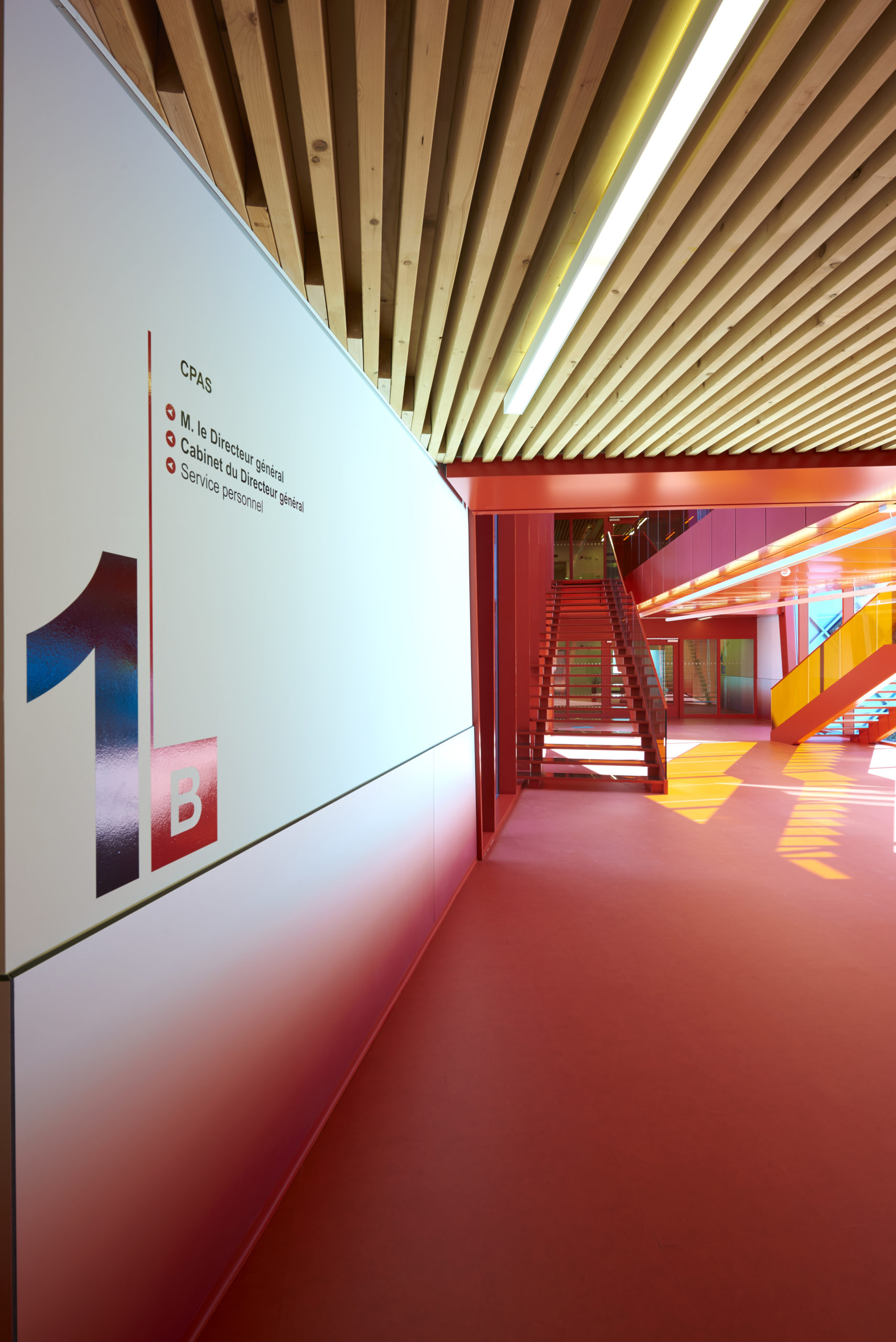